The Trinidad and Tobago Express featured an interesting article this Sunday about Machel and his plans for 2009: 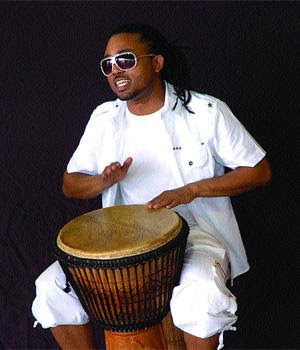 CARNIVAL CONCEPT: Soca Superstar, Machel Montano will beat a "Heavenly Drum" this Carnival as he prepares for two installments of his annual concert series, The Alternative Concept. AC7: Heavenly Drums will take place on Saturday February 14, while the junior version for children will take place on February 7 at venues to-be-announced.

CCN TV6 will soon begin airing a new television series entitled The HD Family Workout, which will focus on Montano and his band of musicians, performers and dancers, as they prepare for the busy season ahead in the gym at Long Circular Mall, St James. This series will feature health and diet advice and routines and is just one component of an additional meaning which Montano recently added to his HD moniker: Human Development.
In the interest of human development, Montano will soon launch a children's book entitled Boy Boy and The Magic Drum, which was illustrated by Kenneth Scott and conceptualised by Natascha Jones and Dawn Cumberbatch of Doo Doo Darling Productions, alongside Anthony Chow Lin On and Montano himself. The book will serve as a map to Montano's latest production: a children's musical, which is being touted as the junior version to The Alternative Concept and will feature an all star cast of 100 actors, dancers and performers. This show is being produced by award-winning theatre director Mervyn de Goeas.