Fireball on the Billboard Charts

Fireball fires up the charts 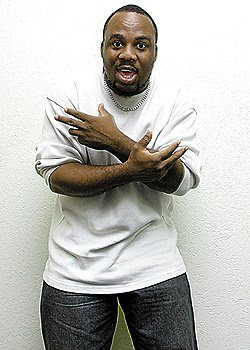 Popular local soca artiste Rohan Richards, known in the music world as Fireball, is now at number ten on the Billboard Hot Dance Club Play Chart with his hit single, What I Want.

Just about one year ago, the catchy upbeat tune, took Europe by storm making Fireball a household name.

The single, released in the USA on the Record Plant Records label (a division of world famous Record Plant Studio), entered the Billboard chart at number 45, and seven weeks later, it quickly climbed to number 10, after being number 14 last week.

The first winner of Synergy TV’s Soca Star Competition, the 28-year-old Laventille resident spoke yesterday in an exclusive interview about his latest accomplishment.

“I felt very good about it,” he said, while taking a haircut at New City Mall in Port-of-Spain.

“But I’m not yet contented...I’m looking forward to having many more songs on the Billboard charts.”

Richards, who is signed to Universal Records, said he heard the good news last week, while at a music studio with his producers.

“When I first heard it, I was very happy...I am a very calm person, so I took it with a smile,” he said.

“This one is on the charts, so time to get some more up there now.”

Asked why he thought the song was such a hit in the US, Richards, said, “The song has a lot of melody...I think that makes people listen to it.”

“I’m definitely aiming for the number one spot...When I reach number one, I want to stay there for a couple of weeks,” he said.

Richards, who has been in the music industry for three years, has already toured several Caribbean Islands, as well as Canada and the United States.

He is now preparing to perform in Boston, Washington and New York.

Richards also spoke of the country’s escalating crime situation, which, he said, was a serious problem for the nation’s youth.

“Being from the ghetto, I had to pass through want I went through to become what I am now and reach my potential,” he said.

“For gold to be gold, it has to first pass through the oven to come out shiny and new.

“That’s what the ghetto is for me...I had to pass through it to become what God wants me to be and what I am today.”

Richards also had some words of advice for those in authority.

“I will like to tell the Government to open more avenues to help the youth...The youth cannot see what is not there for them to see,” he said.