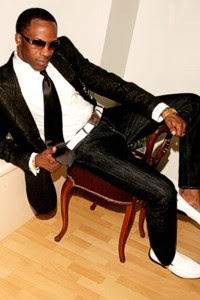 Wednesday September 17, 2008 (Trinidad & Tobago) - Shurwayne Winchester has submitted his resignation to the band, 'Caribbean Traffik Jam'. An amicable separation occurred between the former lead vocalist and the band's management, now leaving way for the introduction of great things to come from the SW Limited team.

Shurwayne's tenure with Traffik has spanned a number of years and although his commitment to the business of soca music remains a main factor and priority, he has thoughtfully come to the subtle conclusion that a step in a new direction is now necessary for both the development of his career and for the continued enjoyment of his fan-base.

With one month's notice given to his band-mates and the relative officiators, before his official departure on October 16th, 2008, Shurwayne and his team are confident that this step is certainly one taken in the right direction and will serve as a beneficial move to all parties involved.

Fans of the artiste who has notably delivered two consecutive Road March title tracks in 2004 and 2005 along with Groovy and Power Monarch contenders and essentially winners are now invited to stay tuned and extremely informed as a transformation, the likes of which will amaze, will be revealed in the weeks ahead.

For further insight on this and many other issues related to Shurwayne Winchester, his fans and his music, log on to www.shurwaynewinchester.com