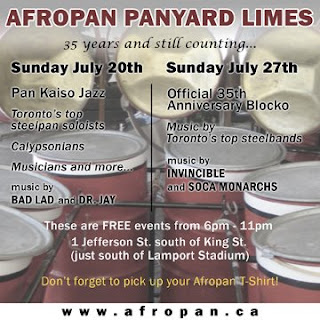 These are free events from 6pm - 11pm. Location: 1 Jefferson St, south of King, just south of Lamport Stadium (all the way at the end of the street)

Thursday, July 31, 2008
After King and Queen Lime
Enjoy sweet music in de panyard after the show is over......