This product made me laugh hysterically......watch out family and friends you may find this under your Christmas Tree!!
at October 29, 2010 1 comment:

All systems are go for Carnival 2011, according to Arts & Multiculturalism Minister Winston Peters (Gypsy).
Speaking off the record at a reception for cultural personalities last week Friday at Knowsley Building in Port-of-Spain, the minister said a new National Carnival Commission (NCC) Board was to be installed soon. The man shortlisted to be the new chairman is Kenny De Silva, a former chairman of the Commission. Up to last Wednesday afternoon, however, De Silva said he had received no instrument of appointment. The composition of the new board augurs well for C2K11 especially as other names mentioned include experienced veterans in Carnival, including Don Sylvester and Cyril Collier, in addition to the heads of Carnival’s Special Interest groups (SIGs), including Keith Diaz (Pan Trinbago); Lutalo Masimba (Bro Resistance), (Tuco); and Wrenrick Brown (NCBA).

Peters also said the Parade of the Bands competition would be returning inside the Queen’s Park Savannah, its traditional home, instead of proceeding along the outside southern perimeter of the venue. He added that a main stage would be returned, with north and grand viewing stands. Himself being the National Calypso Monarch of 1997, and a multiple champion in extempore competition, Peters said there was every likelihood that next year calypsonians would be required to sing two selections for the national monarch competition, a move welcomed by many of the veteran calypsonians.

Contacted on Wednesday, Tuco president Lutalo Masimba (Bro Resistance), with a chuckle in his voice, said: “As far as I am concerned this decision can only be taken by the membership of Tuco and the jury’s still out on that. We are discussing it, though.” Concurring with Resistance was former national monarch Michael Osuna (Sugar Aloes), who said: “While I consider this is a progressive move, it is not a decision for any minister to make. Only Tuco can make this decision. But, I am for the two songs as it will separate the men from the boys in the competition.”

Extemporama
Before C2K11 comes around, however, Peters has given his endorsement to this evening’s Extemporama being held at SWWTU Hall, on Wrightson Road, Port-of-Spain, from 8 pm. A virtual clash between the best exponents of extempore, representing the three zones of Tuco, Peters affirmed the event was not a competition, but a chance for “bragging rights in the genre.” Tonight’s zonal war is billed as “De Councillor vs De Minister” as many people expect it to come down to a face-off between the arts minister and COP Councillor Phillip Murray (Black Sage). Widely regarded to be the world’s best extempore artistes, Peters said he didn’t intend taking any prisoners tonight as he knew each contestant would be gunning for him.

In mirth, he said: “It will be fire in town on Friday night, and I intend getting them before they get me.” Also in the fray tonight are Contender, Fire Ball, Gary Ranks, Black Sage (North); Lingo, Lady Africa, Sheldon John, Dion Diaz (East); Brian London, Abebele, Short Pants, Gypsy (South). Peters was complimentary of the young people venturing into the realm of extempore, singling out Fire Ball and Bunji Garlin, adding that they brought their own unique but entertaining treatment to the art form. Hosted by Mervyn Telfer and Shirlaine Hendrickson, this evening’s show also features former calypso monarch Relator, with musical accompaniment by Moods.

Calypso tents
The calypso tents are also gearing up for a bumper C2K11 season.
Speaking with Pulse on Wednesday, Calypso Revue producer Sugar Aloes said all systems were go for the season. He said auditions would commence on November 14 and continue every Sunday, at 11 am, at a venue to be announced. The regional tents operated by Tuco are also in their final planning stages, as well as the Icons tent operated by another former national and Independence monarch, Weston Rawlins (Cro Cro). 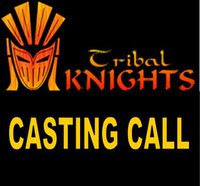 We are looking for committed individuals who would be interested in being models for the 2011 Caribana season for Dexter Seusahai’s TRIBAL KNIGHTS™.

We are looking for:

Auditions will take place November 21st through November 30th, 2010 at the TRIBAL KNIGHTS™ Mas Centre located at 83 Dynamic Dr. Unit #11. An audition schedule will be assigned once submission process is complete.

All models will be entitled to one COMPLIMENTARY 2011 Mas costume to play Mas with TRIBAL KNIGHTS™ at The Scotiabank Caribana Festival.

If YOU are interested in modelling for Dexter Seusahai’s TRIBAL KNIGHTS™ 2011 presentation of “Legends”, please send an email including NAME, EMAIL, and TELEPHONE NUMBER to: nicky@tribalknights.com .

ALL SUBMISSIONS MUST BE RECEIVED NO LATER THAN NOVEMBER 19TH, 2010 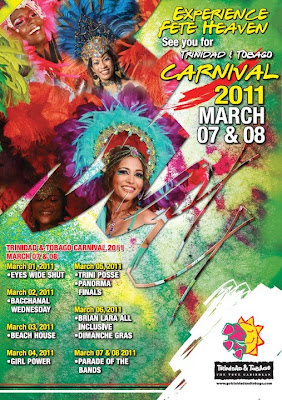 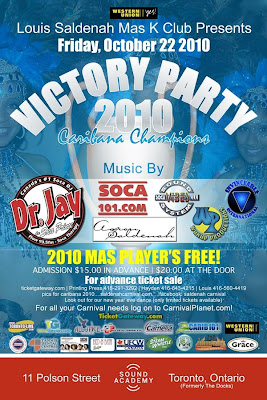 Following the platinum selling success of Soldier of Love, Sade announces their highly
anticipated return to the world's stage. The North American leg
begins on June 16th, 2011 in Baltimore, Maryland at the 1st Mariner
Arena. Tickets go on sale in select markets beginning October 16th LiveNation.com with additional dates to be announced soon.

RSVP on Facebook now to receive a special code to buy tickets early.

Sade will perform over 50 concerts in top arenas across North
America, in an effort to reach her vast and loyal fan base. Their
classic sound set to haunting, unmistakable vocals creates the most
intimate of concert experiences in a way that only an unforgettable
Sade performance can. Sade performed for more than 1,000,000 fans
during her last tour in 2001.

Jean Paul's first ever one man show - Pardon My French 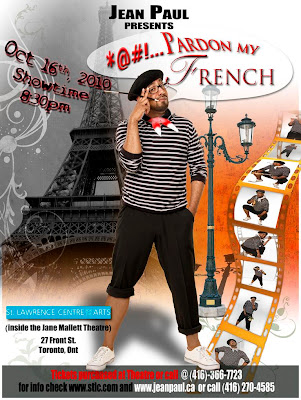 Tickets $22.50
For booking info or to contact Jean Paul, please send an email to jp@jeanpaul.ca
at October 03, 2010 No comments: 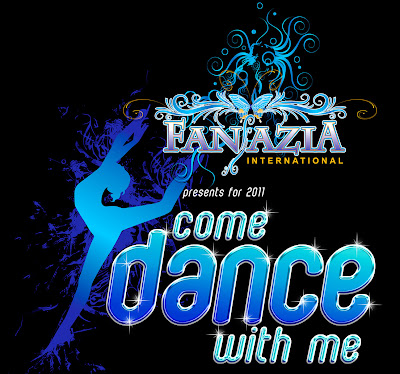 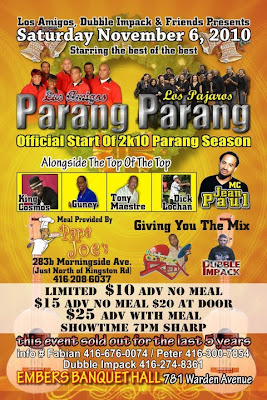