A Message from Toronto Revellers

Revellers! I have some exciting news to share with you. I am happy to announce our Toronto Revellers team for Caribana 2011!

Please help me welcome our new and returning section leaders...

This dynamic team brings you talent and experience from Miami, Toronto, London and Trinidad carnivals. With designs straight out of the heart of Trinidad and feature designs from our very own Section Leaders, the Toronto Revellers are ready!!!

I did promise that we would listen to you... the people. My team and I are taking your overall experience to heart. Keep your suggestions coming toinfo@torontorevellers.com, Facebook and Twitter.

We want to improve, enlighten and impress! We are definitely listening!

NOW for our other exciting news... Mark your calendars as it's coming... the Toronto Revellers Welcome to Oz Band Launch will be on April 30th, 2011. Stay glued towww.torontorevellers.com, Facebook and Twitter as we announce further details soon.

I got my fist Merry Christmas while shopping at the mall today! My tree is up and decorated! It must be the most wonderful time of the year......
1 Chronicles 16:8
"Give praise to the LORD, proclaim his name; make known among the nations what he has done."
Enjoy this classic Christmas tune......
at November 28, 2010 No comments: 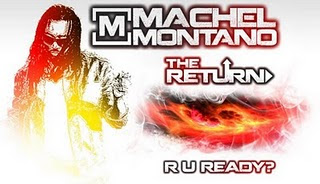 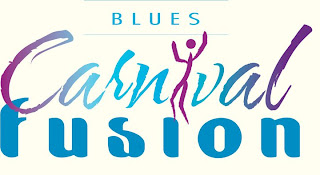 Here's another newbie mas band for Caribana 2K11......Blues Carnival Fusion. Their presentation is entitled "t:me after t:me"
Check out their website: http://www.bluescarnivalfusion.com

A group of friends who have been participating in international carnivals for several years, decided to join forces to provide an unsurpassed experience to masqueraders. Having the passion for carnivals –Carnival Fusion was launched in 2004.

The group is available 24/7 for all enquiries. They provide quality costumes and offer individual attention to each masquerader, internationally and local.

Carnival Fusion’s team is comprised of a diverse group of individuals with many years experience in customer service, design, DJing, marketing, ‘Mas-making’ and, promotions. Although our talents are focused on different aspects, as a group, our first and foremost love is Carnival. Fused together we celebrate our West Indian culture through Carnival. Our ultimate goal is to provide masqueraders with an ongoing carnival experience year round by providing affordable, quality costumes and, unparalleled customer service. 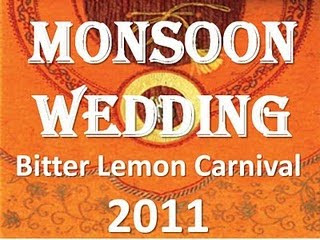 Another New Mas Band Alert for Caribana 2011......Bitter Lemon Carnival.........
I have to say I am already quite impressed with this band as they not only have their theme in place but their website is up and running AND includes sketches of their sections. Their presentation for 2011 is entitled "Monsoon Wedding".
Please check out the following blog for some insight into Bitter Lemon's journey towards Caribana 2K11: http://jackieirving.blogspot.com
Website: http://www.bitterlemonmas.com

Mostly with Wallace Alexander and Nip Davis and Associates.

We have created winning costumes that have performed in Trinidad, Hong Kong, Detroit and more locations.

We also provide costumes for special events, as well as decorative pieces that can be used for special dinners, cultural events and ceremonies. We can also custom-make a design for you.

The our artcle from our recent installation at the ROM http://www.insidetoronto.com/what's on/article/851762--caribana-art-exhibit-on-now-at-the-rom.

We have full costumes (averaging 18x25x16) ft in size. They are modular, so they can be adjusted to fit the space where they might be displayed.

Last night I got an FB notification regarding a new mas band for Caribana 2K11.....CANOBULAY CARNIVAL!
So who is CANBOULAY CARNIVAL......see below for some deets:

The website is presently under construction so look out for updates as I come across more information.
Website: http://www.canboulay.com
at November 19, 2010 3 comments:

Tropicana Food Drive
This year, Tropicana Community Centre is doing a very special Christmas drive – one that focuses on pampering women! As such, we are asking if you can donate a gift certificate for any of the following services: manicure, pedicure, hairstyling, massage, fitness etc.

Other gifts may include non perishable food or toys.

Every Christmas generous donors and volunteers with Tropicana’s Spirit of Christmas Food & Toy Drive bring joy and relief to hundreds of families for whom the season is a harsh reminder of their daily emotional and financial hardships.

The beneficiaries of Tropicana’s Spirit of Christmas Food & Toy Drive are current or recent clients who are registered for the drive by Tropicana staff because we know that they and their families will benefit from our assistance.

“Your kindness is appreciated” 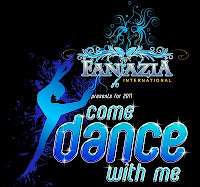