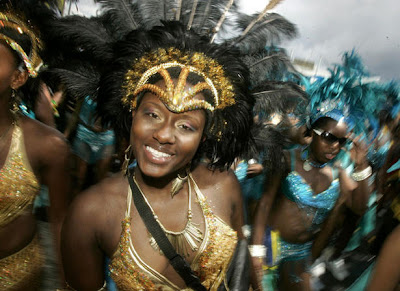 For now, just call it the festival formerly known as Caribana.

Last Thursday, the Ontario Superior Court ruled that it can no longer use the name Caribana because it is trademarked by a group that founded the festival, but no longer runs it.

“There is no change to the festival,” said Chris Alexander, chief administrative officer of the Festival Management Committee, which has run Caribana for the past five years. “The only thing that has changed is the name.

“And people will still call it that.”

But behind the Caribana name change, there’s an ongoing struggle for control over the massively popular celebration.

In 2006, the city and province cut funding to Caribana after organizers failed to produce adequate financial statements.

Control was transferred from the Caribbean Cultural Committee (CCC), which started the festival in 1967, to the newly created Festival Management Committee (FMC).

After the transfer, the festival was officially called the Toronto Caribbean Carnival.

In 2007, Alexander said, the FMC was given permission to use the Caribana name by lawyer Charlie Roach, then chair of the CCC. (The Star was unable to reach Roach for comment.)

Henry Gomez, the Caribana Arts Group’s current chair, said the organization was forced to take the FMC to court because control of the cultural tradition had been stripped from their hands.

“(The FMC) were supposed to run the festival for one year only,” he said. “Since 2007, we’ve made innumerable attempts, but they’ve refused to acknowledge our ownership.

“We created it, conceptualized, nurtured, managed and produced it for 39 years. And we still own it.”

While plans are still in place to run Caribana under a new name this summer, Gomez said the Caribana Arts Group will do everything in its power to prevent the festival from going forward.

“Caribana by any other name is still Caribana,” said Gomez, calling the festival the intellectual properly of his group. “We will fight vigorously against any theft by sleight of hand, because that’s what it would become if they tried to pass it off.

“I must stress,” he continued. “Should a group treat us with the respect of our rights of ownership . . . we would see what is possible.”

According to Alexander, the Caribana Arts Group has asked for $250,000 from the FMC to use the Caribana name. Gomez wouldn’t comment on the specifics of what an agreement would look like.

Alexander said Caribana has flourished under the FMC’s leadership, expanding into new events and operating as a sustainable business.

An Ipsos Reid study released last April showed Caribana generated $483 million for the provincial economy in 2009, drawing about 1.2 million festival-goers, including 300,000 from outside the country.

But last year, an expected $600,000 in federal and provincial grants didn’t come through. The festival’s budget decreased from $2.6 million to $1.8 million.

Organizers plan to announce a new name next Wednesday.