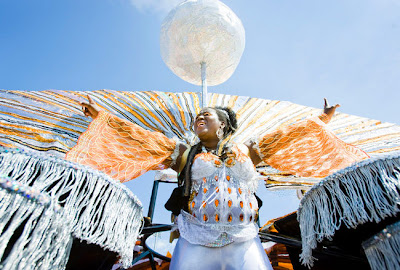 The organizers of Caribana have been ordered by a court to stop using the name of the 43-year-old Caribbean festival, officials say.

“I am very disappointed by what has happened,” said Councillor Joe Mihevc,

who acts as a liaison between the city and festival.

Management Committee, which has staged the annual festival since the city cut

He said a new name for the festival will be released next week.

“We have worked so hard to grow and nurture the festival over the years,”

Mihevc said on Monday. “We are looking at a number of names for the festival.”

He will this week call for the city to pay about $100,000 for the rental of Lamport Stadium for festival events and for the staffing and cleanup of Budapest Park on the day of the parade on July 29.

City councillors will have final say on the issue. The city already dished out about $500,000 to help the festival which attracts about 1 million revellers.

parade for about five years. CAG officials have installed board members

Leslie Forbes and Henry Gomez, who refused to return phone calls on Monday.

“The show will continue but we will have to see how many people show up,”

the bandleader said. “People from all over know the festival as Caribana and

that will not change.”

Festival spokesman Stephen Weir said the trademark issue has been simmering for years.

“This won’t stop the parade at all,” Weir insisted “We have to get a new name and the parade will be bigger and better than before.”

He said organizers and mass players have to create a new name and logo for the parade this year.

Major festival sponsor Scotiabank plans to stick with the event.

“Scotiabank is still title sponsor of the festival and there are no plans to withdraw our sponsorship,” said spokesman Livy Feldgajer.

A 2009 Ipsos Reid Economic Impact Study by Scotiabank found that the festival generates $438 million yearly with over $313 million going into the economy of Toronto and surrounding area.