Barbados Ambassadors Of Canada On The Road, Caribana 2011

Toronto Lime -
Barbados Ambassadors Of Canada On The Road, Caribana 2011…
The Lakeshore welcomes, Spirits Of The Caribbean ! 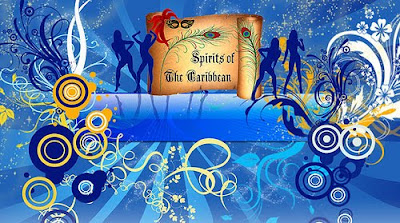 Toronto, Canada - Wednesday April 20, 2011 -: Barbados Ambassadors of Canada (BAC), a budding non-profit organization, fostering cultural ties amongst the Caribbean Diaspora living in Canada, has set its sights on, Toronto’s Caribana Festival. From defenders of Caribbean heritage to Mas connoisseurs, BAC announced just weeks ago plans to unite the Caribbean community through Mas. Taking on both, ‘Kiddies Carnival’ and the ‘Lakeshore’ BAC prepares to launch their portrayal, Spirits Of The Caribbean.

Spotlighting the pulsating history of islands such as Barbados, Jamaica, St. Vincent, Guyana, and Trinidad and Tobago – ‘Spirits Of The Caribbean’ brings to light, the many Caribbean people united through the Spirit of Carnival around the world. Drawing inspiration from famed mythical characters - Barbados – Steel Donkey,Jamaican - Golden Table, St. Vincent – Garifuna, Guyana’s – Jaguar, and the Trinidadian - Soucouyant,Spirits Of The Caribbean transforms treasured folklore into visual realities. While each character individually illustrates a unique island tale, as a band they depict the very essence of Caribbean diversity.

Speaking candidly on the creative concept behind Spirits Of The Caribbean band leader, Susan Grogan shares, “Masqueraders are in for quite an experience, Spirits of the Caribbean meshes our heritage with the most unique elements of sophistication.... much like our culture, the costumes are flavorful, multi-dimensional, and seductive.”

Spirit of the Caribbean - Band Launch

For Spirits Of The Caribbean spiritsofthecaribbean.ca Mas and band launch info contact:

Email ThisBlogThis!Share to TwitterShare to FacebookShare to Pinterest
Labels: Barbados Ambassadors of Canada, Caribana 2011, Spirits of the Caribbean